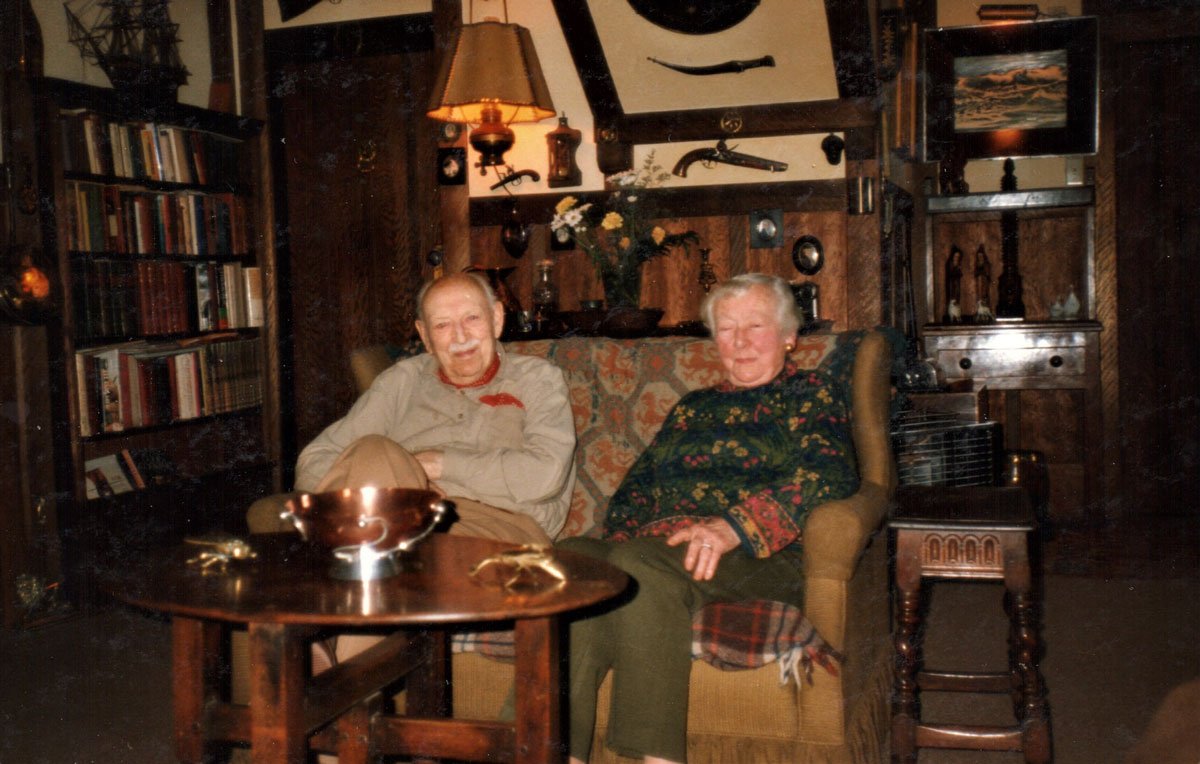 A look at the life of the man behind the estate.

The namesake of Hastings House, Warren Hastings, was a fascinating character, to say the least. Born on January 26, 1901, in Sussex, England, he carved his own path early by running off to join the British Air Force during WWI, and regularly racing Aston Martins with the sons of Sir Arthur Conan Doyle, daring moves that seem to set the tone for his future. Read on to learn about the storied past of Warren Hastings.

Beginning as a teenage pilot of the open “Sopwith Camel” aircraft, it was both a thrill and a horror for Warren to fly against the enemy. Sporting the characteristic scarf around his neck, he clarified that this was not for style. In fact, the pilots wore that trademark apparel to wipe oil off of their goggles, since the engine would spatter during flight and there was no windshield. 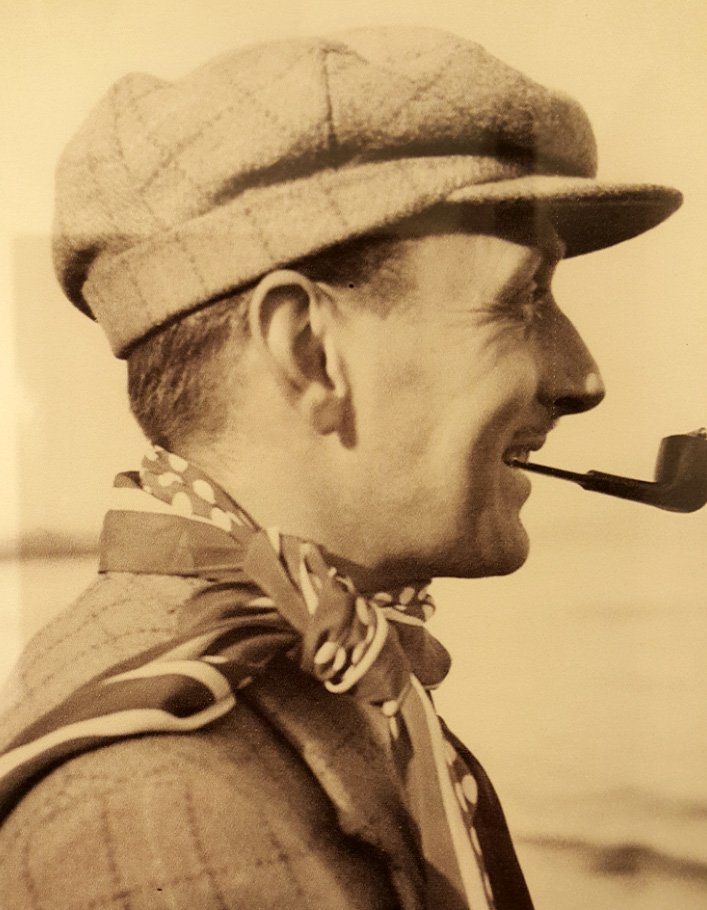 Later, Warren trained as a naval architect. Before coming to Canada, he worked for Vospers Ltd., a high-tech military company in Portsmouth, England, where he was the chief architect on the designs for the Motorised Torpedo Boats (MTBs). He was also involved in defense research.

Shortly after moving to Canada in 1937, WWII was declared. Warren considered returning to Britain to contribute to the war effort but British officials thought he would be more effective working in Canada, away from prying eyes. While living on Salt Spring, he conducted some of his research in Ganges Harbour, helping to fine-tune the homing device for torpedoes. Local boys used to visit the boathouse, which they affectionately called the “torpedo house”, where Warren fed them hot dogs and regaled them with stories of his flying days.

Warren also worked on designing the landing craft of the type used in France on D-Day. Building prototypes in the Farmhouse workshop and launching them from the boathouse down on the shoreline, he was given a commission by the Royal Canadian Navy so that he could even command a crew for sea trials.

Together with his first wife Barbara, Warren was an avid collector of antiques and their house was filled with precious furniture and other interesting items. The majority of the furniture and artifacts that once occupied the Manor House rooms were brought over from England, with some pieces dating back to the sixteenth-century. 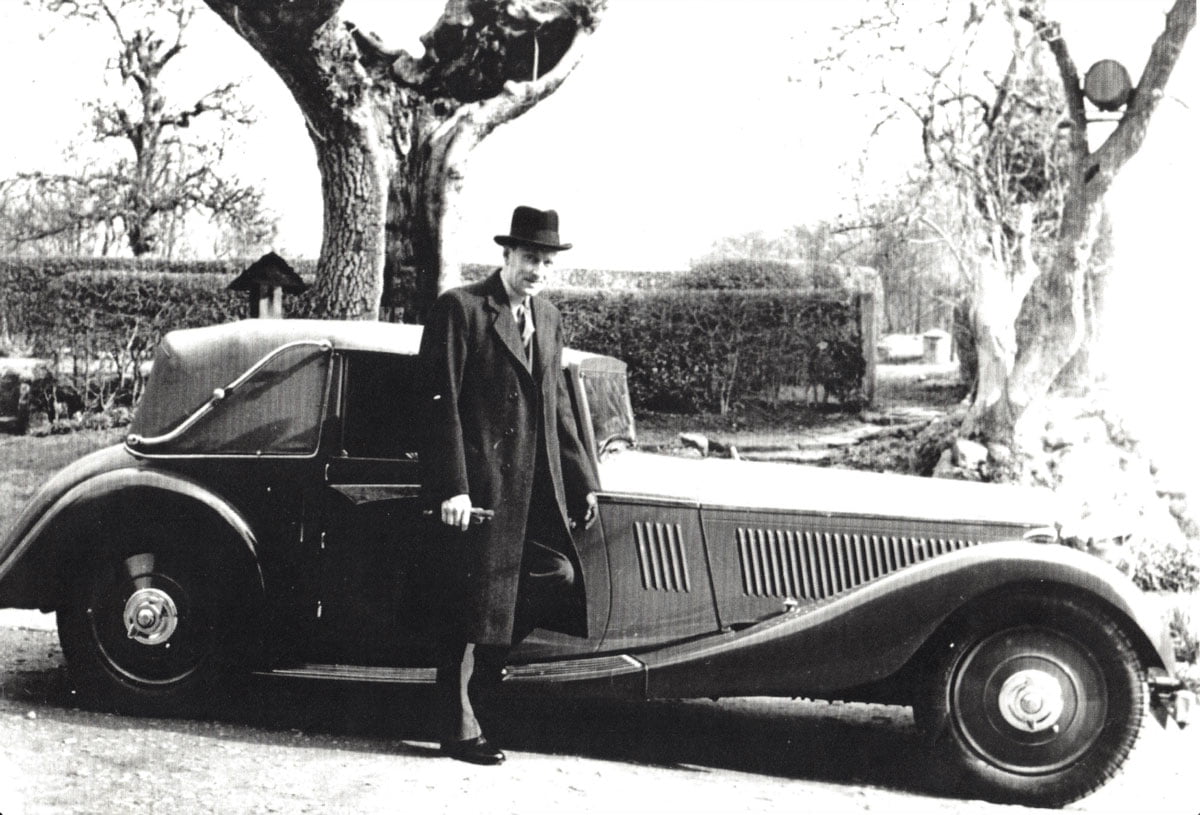 Throughout his life, Warren maintained an affection for British history and liked to keep up technically in the fields of science and engineering. Warren was also an avid collector of antique cars with a special fondness for Morgans. His continuing interest in mechanics was quite evident when, at the age of 94, he was busy restoring six antique motorcycles. Indeed, in his nineties, Warren passed his driver’s exam and he could still be seen occasionally driving his Morgan around the Saanich Peninsula on Vancouver Island with his second wife, Patricia.

Warren passed away in 1999 at the age of 98. Upon his death, he left all his personal belongings to his good friend Len Barlow who was also the mechanic who helped him restore his cars and motorcycles. Among them were many beautiful antiques, including guns and swords.