The story behind the design and construction of the iconic Manor House.

In 1937, Warren and Barbara Hastings moved to Salt Spring Island from Sussex, England. The young couple had been captivated by stories from Barbara’s parents after they had pioneered in the province, claiming that British Columbia was the most beautiful place in the world. With Barbara’s affection for rural surroundings and Warren’s love of the sea, they purchased what was then an 82-acre oceanfront farm in 1939.

Why the Manor Style?

Initially, Warren and Barbara lived in the farmhouse, continuing the farming operations and keeping animals on the property while they planned their new home. At that time, World War II had been declared which meant that the ship carrying their belongings from England to Canada could be bombed. 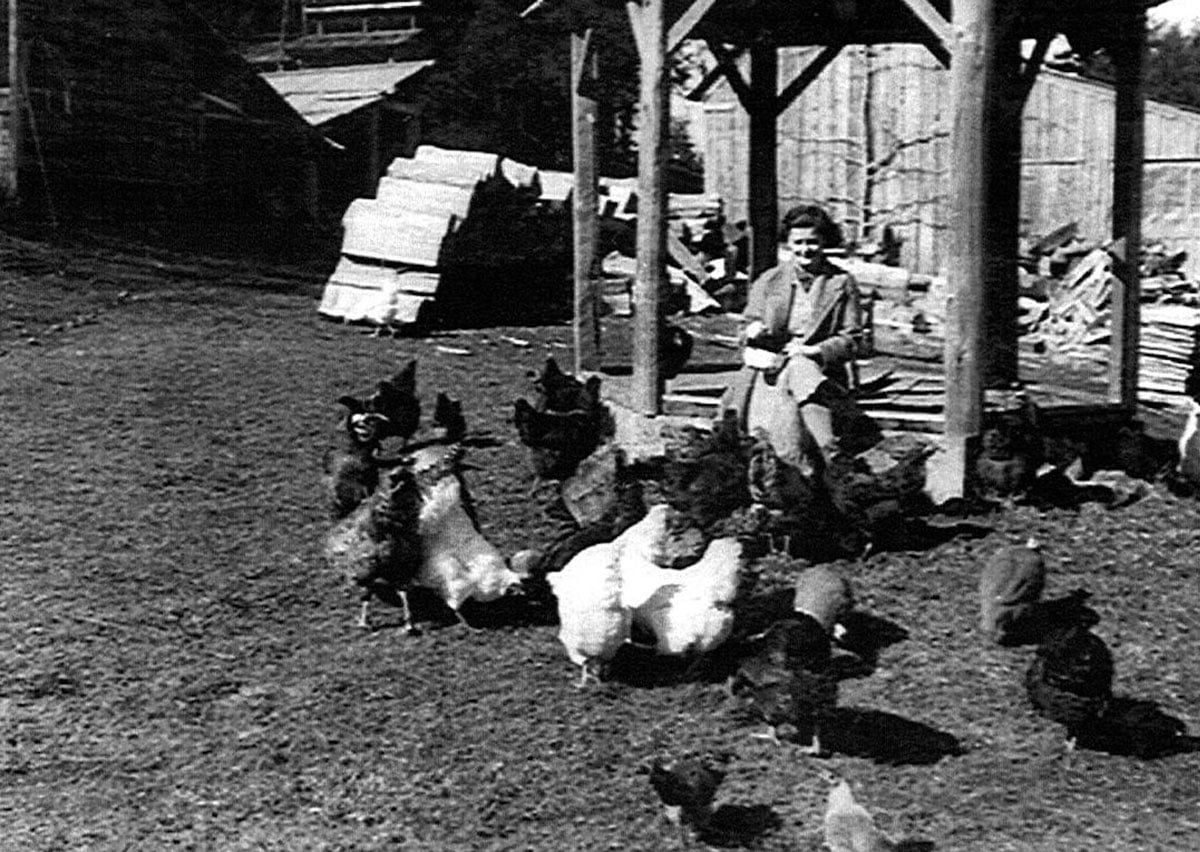 They decided that if their possessions arrived safely, they would build a house similar to the 11th century English-style home they had left in Kent – a style well suited to their antiques. If, on the other hand, their belongings were lost at sea, they would have chosen to build a log house that would match the feel and style of their island homestead. As we all know, the boat arrived in Canada intact.

Construction Begins on the Manor House

Warren Hastings, a naval architect, drew the original sketches of the Manor House that became the basis for the more technical construction drawings prepared by the architectural firm Johnson & Stockdill on July 17, 1940. An unwavering man with who was firm in his plans, he was in control of the ideas and the detailing for the house and acted as both contractor and supervisor.

With the help of Jack Graham from the Fulford Valley, the head carpenter on the Hotel Vancouver, construction began on the Manor House in 1940. It took a crew of fourteen, largely local labour, a mere nine months to build. During that time, the only mechanical equipment they used was a concrete mixer and a tractor with a drag line for excavating. The construction was a combination of post and beam together with a regular frame.

“The rock for the fireplaces and chimneys was all quarried on my land and the stonemason was a Mr. Seggy of Vancouver. All the beams are of cedar and are working beams that carry a full load. The floors are of end grain fir, random width, fastened with black boat nails. I devised a tool to give the cedar wood an “adzed” finish. The iron hinges for the doors and iron window frames etc. were made by the local blacksmith and we made the hand split shakes for the roof locally.”

In all, four stone masons worked on the Manor House. Since all the stone was quarried onsite, two men worked full time in the quarry using traditional spikes and wedges. In the end, twenty-one tons of stone were used in the living room and bedroom alcoves. 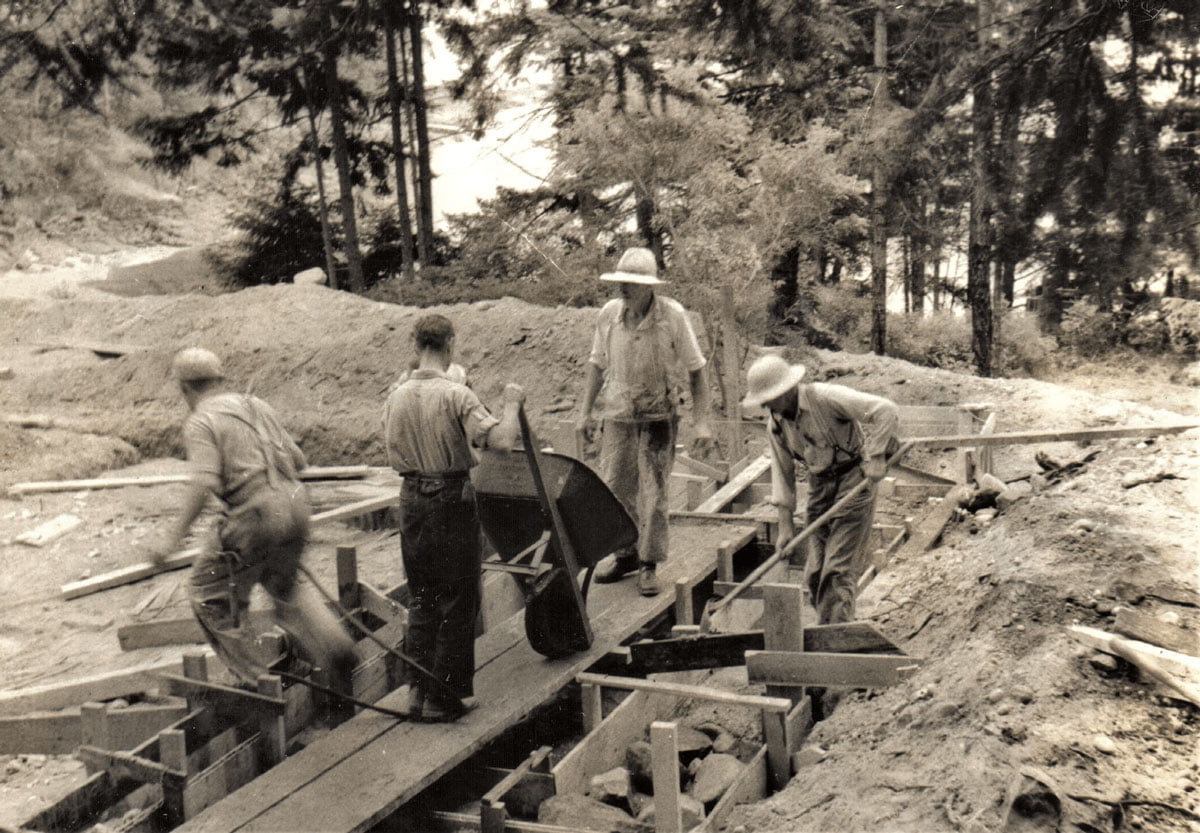 When it came time to plaster, Warren shocked the plasterer by telling him that the first rough coat over the lathe was exactly the look he wanted. This cut his estimate for the work in half! Similarly, Warren explained to the chief Mason that the effect he wanted to replicate was like the era when a farmer and his sons would carry out the masonry to the best of their skills. A proud Scot, he responded that he was the skilled tradesman and he had no intention of creating inferior stonework. Eventually, after being persuaded to complete one fireplace, he went on to do the entire job just as Warren wanted it. 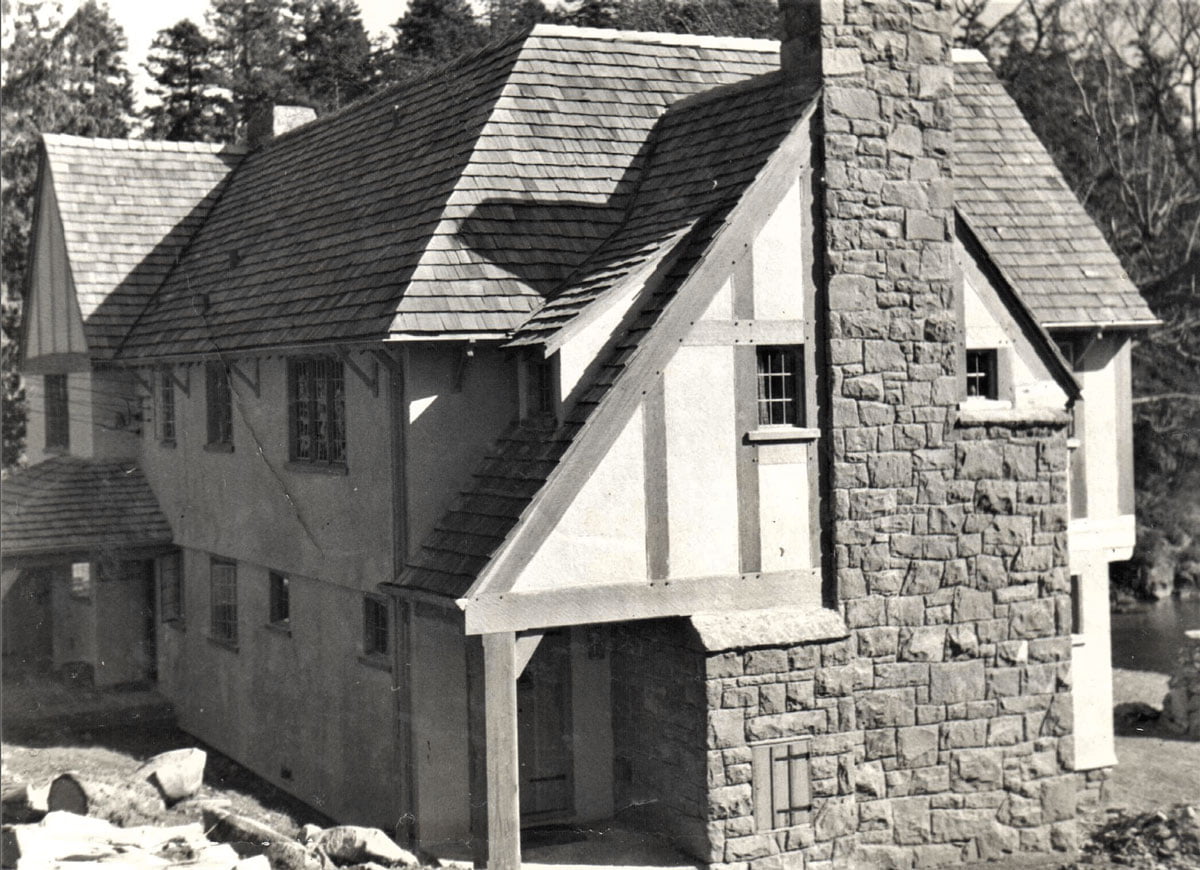 With their vision complete, Warren and Barbara moved into the Manor House in 1941 where  they enjoyed a full and storied life until 1980 when they moved to Sidney on Vancouver Island.